View cart “Chess Calculation Training, Vol. 2: Endgames” has been added to your cart.

To win a game, it is enough to be just a little bit better than your opponent. To make this happen, especially when facing a strong player, you must force your opponent to solve practical problems. You must get them into a position where the cost of a potential mistake is much higher than usual. ~ GM Alexander Ipatov 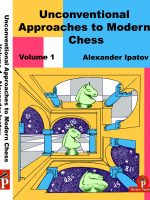 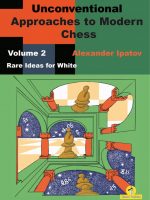 This book is about the practical approach to the game of chess. It shaped me as a player and now I would like to share my philosophy with you. My objective is to combat several generally accepted misconceptions, such as a) only studying opening theory will make you a better player, b) one should always follow the first or second line shown by Komodo or Stockfish, and finally, c) that “in theory” is equivalent to “over the board”. The last fallacy is especially dangerous because it implies that players will keep on making the best moves over the board, and therefore sidelines should never be played as the opponent will always find a way to retain and convert the advantage. That is in theory. In practice, however, many players will feel like fish out of water once they end up in a position that is objectively better for them but one that they have never analyzed. Overall, based on my experience as a chess professional, I strongly believe that the above-mentioned fallacies do not hold true empirically,

The book is divided into four parts. Part I covers sidelines in the mainstream openings where I take a major opening and analyze one or several sidelines. This is the most theoretical part of the book, where I share a significant amount of original thoughts and analyses that constitute my opening repertoire. Part II discusses the concept that I refer to as systems. It still involves theory, but less so in comparison to Part I. What I am trying to convey in this part is the “schematic thinking” – where you think in terms of plans and typical ideas. Part III takes one step further in abstraction – it analyzes notable modern games where one player showed ambition early on in the game and it worked out well for him. Part IV covers the so-called “early surprises” where early on in the game a player implemented a move that shocked his opponent.

This work is a follow-up to my first book “Unconventional Approaches to Modern Chess – Rare Ideas for Black” whichwas published in February 2019. This time, I am flipping the board and exploring offbeat opening ideas from White’s perspective. The structure of the book has remained basically the same as before, except that I merged Part III (Showing Ambitions) and Part IV (Early Surprises) into one combined chapter Ambitions & Surprises.

Part I explores sidelines in several mainstream openings. This is the most in-depth chapter of the book in terms of opening analysis. Part II presents two systems that are quite universal in nature and can be used against more than one opening. Part III gives a broad overview of a variety of aggressive lines taken from GM-level games.

As I stated in the previous book, I’m a big believer in the practical approach to chess. In order to win, you don’t need to find the best move in every position. It is neither possible nor necessary. To win a game, it is enough to be just a little bit better than your opponent. To make this happen, especially when facing a strong player, you must force your opponent to solve practical problems. You must get them into a position where the cost of a potential mistake is much higher than usual.

If there is no room for your opponent to make a mistake, then they are unlikely to make it. It is your job to give them plenty of opportunity to go wrong. As Mikhail Tal famously put it, “You must take your opponent into a deep dark forest where 2+2=5, and the path leading out is only wide enough for one.”

This book aims to expose you to a variety of opening ideas that can help you to achieve this goal. I hope you find reading it beneficial in your future endeavors at the chess board.